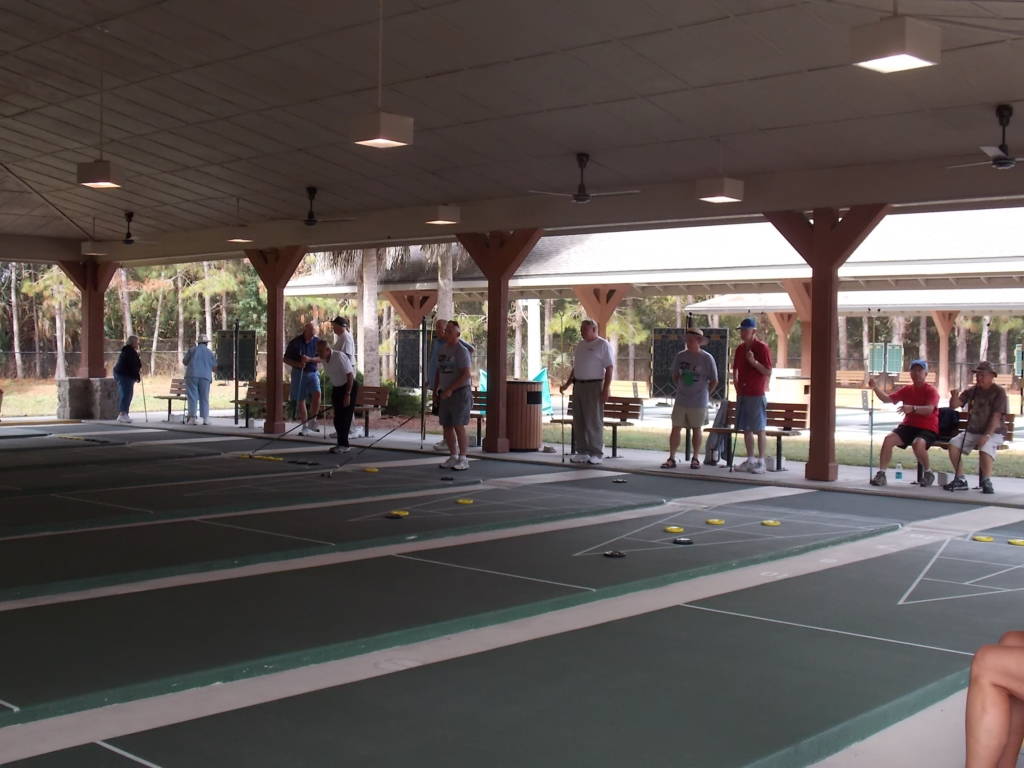 TALLAHASSEE – The 2020 Florida Senior Games, to be held December 5-13, will feature quite a few new venues in different parts of the state.  However, some athletes will be returning to some familiar spots.

While a handful of Alachua, Brevard and Pasco county venues will be welcoming athletes age 50 and over for Florida’s only Olympic-style Sports Festival for the first time, Pinellas and Polk County return to the fray.

Cyclists, horseshoes pitchers, and racquetball and tennis players return to Pinellas County to some familiar sites from the Games run in Clearwater and Pinellas County from 2014-18.

Tennis players will be on the Innisbrook Tennis Complex courts from Saturday, December 5 through Thursday, December 10 for Men’s and Women’s Singles and Doubles and Mixed Doubles.

The HAR-TRU surface courts are preferred by senior athletes because it is easier on the body and reduces the incidence of common tennis injuries to the lower extremities.

The 5K and 10K Cycling Time Trials return to perhaps the most scenic of any cycling course in the country at Fort De Soto Park. Located on the Gulf of Mexico, in Tierra Vierde, (southern Pinellas County) the park has been ranked among the nation’s best beaches. Also, ideal for the cyclists pushing themselves against the ticking clock, is the lack of traffic since roads in the park are closed during the races.

“It’s a very safe venue for the cyclists and that’s the most important thing,” said Cheryl Cherry, of Clermont, a past gold medal winner who set the 5K Time Trials record in the women’s 65-69 age group in 2015.

She and her husband, Tom, enjoy the challenge of the Fort De Soto Park course and travel to Tierra Vierde to ride on the course, on occasion, outside of the Florida Senior Games.

“It’s absolutely beautiful and so pretty,” she said. “Sometimes, we just go over as tourists and enjoy the beach after our rides.”

Nestled on the banks of Lake Bellevue, Clearwater’s Ed Wright Park will be filled with the clanking of horseshoes on Friday, December 11. The park has been home to the Clearwater Horseshoes Club since 1974 and has hosted state, national and international contests through the years.

In 1990, the Florida State Horseshoe Pitchers Association authorized the establishment of a Hall of Fame exhibit to be housed at the Clearwater Club House. In 2003, the horseshoe pitching facility underwent renovations with new concrete walkways, new pitching platforms, new sod, new fencing, and new landscaping.

The friendly confines of the Richey Racquet Club, in Port Richey, will host Florida Senior Games athletes who play the ball off of all four walls on Saturday, December 5 and Sunday, December 6.

The Club has seven air-conditioned courts and hosts several local and state tournaments.   Established in 1981, the facility includes not only racquetball courts, but also a weight room, cardio room, boxing gym, and dojo.

The Lakeland Shuffleboard Club features 32 rough surface courts, 16 of which are fully covered and 16 with end covers only. The Club hosted the 2011 and 2012 Florida Senior Games and hosts USA National Shuffleboard Association tournaments.

“It’s still one of the best and largest shuffleboard clubs in the state,” said Glenn Monroe, the FSG Shuffleboard sport director.

The courts feature embedded beads that make the discs slide down the court with more consistency and is standard among the most competitive facilities, according to Monroe.

“In the old days, we sprinkled beads on the courts,” Monroe said. “But the beads would get moved around by the discs and blown by the wind. Now they’re embedded with a sealer.”

Finally, Powerlifting will be held at the Renaissance Orlando Airport Hotel.  The hotel is conveniently located near the Bee Line Expressway and features over 20,000 square feet for meetings, including two ballrooms and 12 breakout rooms.  The rooms and space are ideal for competition and a pre-lift warmup area.

Once again, the 29th Annual Florida Senior Games is offering the state’s athletes age 50 and over to experience the quality sports facilities available statewide.  Visit www.floridaseniorgames.com for competition and registration information about the 2020 Florida Senior Games.