2021 Florida Senior Games Concludes With a Flurry of Doubles Pickleball 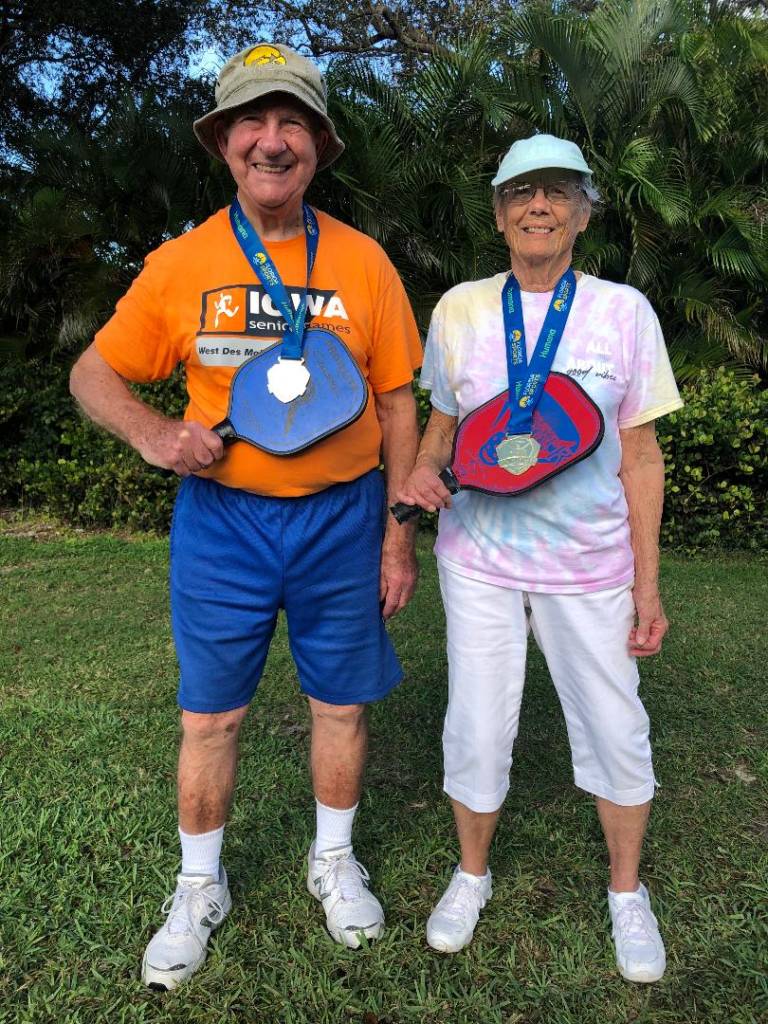 CORAL SPRINGS – Over the final two days of Florida Senior Games Pickleball competition, a total of 123 Men’s Doubles (53) and Mixed Doubles (70) teams were in action at the Country Club of Coral Springs.

In the 17-team Men’s Doubles 60-64 age group bracket, David Leach, of Davie, and Wilfred David, from Coconut Creek, squared off against Casey Gunther and Owen Mitchell, in Games 1, 32 and 33.

“It was a long day, but it was fun, challenging and thrilling and we managed to get out with the win, said Leach. “I got out of there just after 8:00.”

What made it even more challenging for Leach and David was their winner’s bracket games were three-game sets to 11, while the elimination bracket matches were one game to 11.

In Mixed Doublec competition, Tobias Kaye, of Boca Raton, finally won a gold medal in the final of six events in which he participated in at the 2021 Florida Senior Games  Kaye teamed with Cyndi Pletch, of Summerfield, to win the Mixed Doubles 70-74 age group gold medal. The duo combined to win all four of their matches in straight sets and defeated Dorothy Wasser, of Palm Beach Gardens, and Mark Resnick, of Great Neck, NY in the final, 11-1, 11-8.

Kaye also played in Men’s Singles and Men’s Doubles Pickleball, and earlier In the week, he  won three silver medals in Racquetball events.

Michael Middlemiss, of Davenport, Iowa and Evelyn Ziething, of Venice (pictured above), became the first 85-89 age group team to win a gold medal in the age group, since Pickleball started in the Florida Senior Games in 2003.