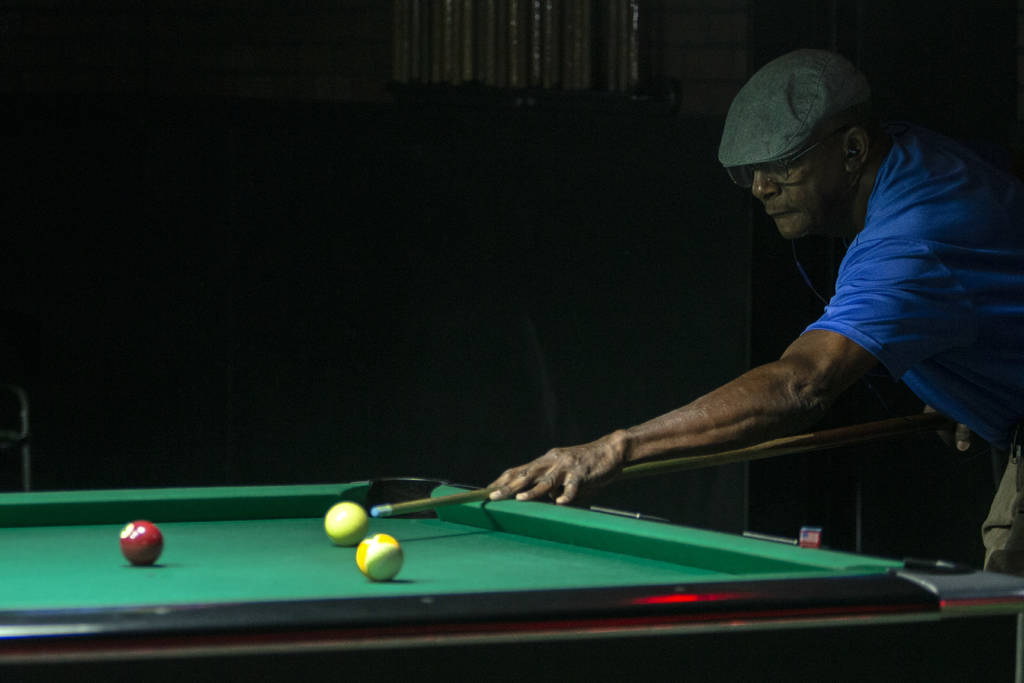 FORT LAUDERDALE, Fla. – Being the only entry in the 80-84 age group of Women’s Singles Pickleball competition Jean Kiker, of The Villages, was guaranteed to add a 2019 Florida Senior Games presented by Humana gold medal to her collection. But, that wasn’t good enough for the veteran Senior Games athlete.

Both of the matches between Kiker and Dorne went to three-game sets and four of the games were decided by 11-9 scores.  It was Kiker’s 12th gold medal in Florida Senior Games Women’s Singles, since 2005, while playing in four different age groups.

It’s been a long couple of days on the court for Tobias Kaye, of Boca Raton, winning 65-69 age group silver medals in Men’s Singles and Men’s Doubles Pickleball.  Kaye and his partner, Greg Hilligoss, of Lake Worth, were two of the last four players on the courts Friday evening after coming up short in a three-game match against David Bene and Terrence Billington, of Hernando.

His silver medal came after four Men’s Singles matches on Thursday, giving him a total of nine matches in two days.  He’s also scheduled to play Racquetball on Saturday in all three events, Men’s Singles and Doubles and Mixed Doubles in the 65-69 age group.  He and his Men’s Doubles partner, Gerald Goebel, of Jensen Beach, won a silver medal at the 2019 National Senior Games.

The 2017 Florida Senior Games Athlete of the Year, Mike Welter, from Cape Coral, continued his comeback after suffering a stroke in September 2018. The stroke initially paralyzed the left side of his body and his sight is still limited in his left eye. He teamed with Rick Colling, from Fort Myers, to win a bronze medal in the Men’s Doubles 65-69 age group.  The duo won the first two matches before dropping the last two.

Welter’s original doubles partner, Doug McClintock, of St. Augustine, fell ill and was unable to make the trip to the Games.  Colling stepped in at the last minute and made the across state trip to serve as a replacement. Welter returns to the court Saturday in Mixed Doubles with his partner, Bobbi Little, who teamed with Diane Bock to win the Women’s Doubles 60-64 age group gold medal on Thursday.

At Beyond Billiards in Davie, strokers took to the tables for nine-ball competition, cueing up for accurate shots off the boards and into the pockets.  In the most contested bracket, the men’s 70-74 age group, James Decesare, of Pembroke Pines, took home the gold medal, winning all four of his matches. Decesare edged foe Philip Panzera, of Ocala, who went 3-1 on the day, losing only in the championship match.

Janis Sessions was the lone victor on the female side of the competition as the North Miami Beach native won gold in the 65-69 age group.

Overnight storms, once again, delayed tennis on Friday, pushing doubles play to a 10 a.m. start.  As the courts dried, the action began to pick up, seeing duos face off for the doubles crown.  Harry Liedke, of Ormond Beach, and Larry Restieri, of Palm Coast, worked through the men’s 65-69 bracket to capture the age group championships.

To win the gold, Liedke and Restieri blanked opponent Oscar Sanchez & Robert Goldstein with a 6-0, 6-0 showing. Prior to the gold medal match, the dynamic duo secured a spot in the final with a 6-0, 7-5 results against Steven Nelson & Bruce Caton.

Just two days of competition remain in the 2019 edition of the Florida Senior Games presented by Humana. Saturday’s slate features nine sports throughout Broward County, all within a 25-minute drive of each other.