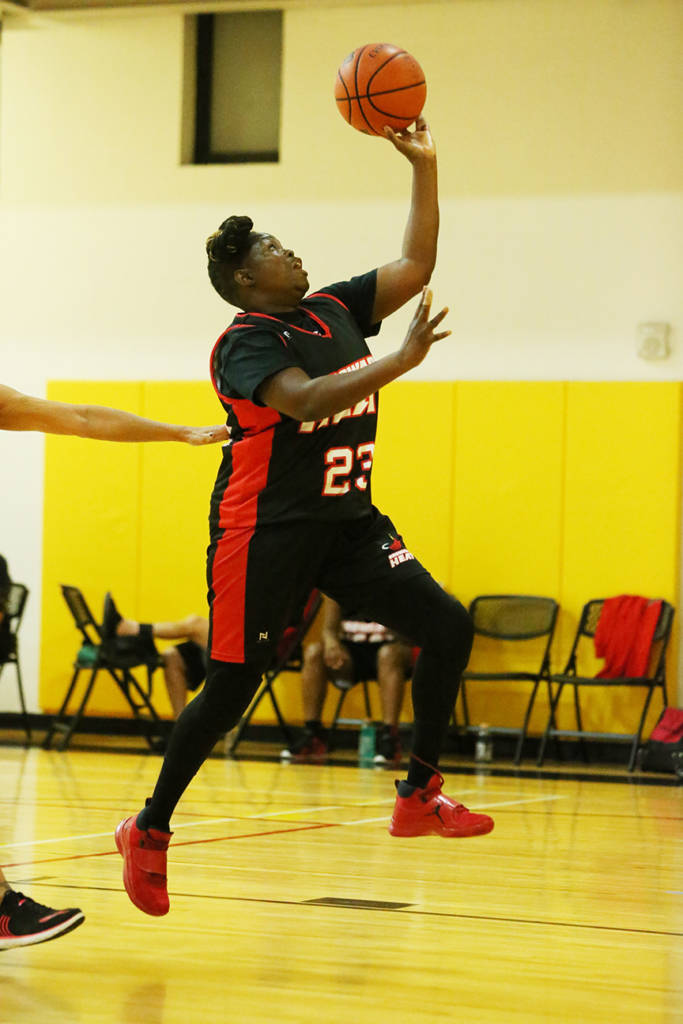 This, coming from someone who played against Julius Erving and Artis Gilmore in the ABA in the early 1970s, was quite a compliment.

The reason the play of the Broward Heat women stopped Tinsley in his tracks at Lakeland’s Simpson Park Community Center in 2012 is because they followed the same path to success.

With backgrounds as former college players, coaches, officials and parks and recreation directors, members of the Broward Heat have collected their share of on-court experience.

The original members of the team have aged from the 50-54 age group into the 55-59 division.

However, at the 2019 Florida Senior Games, played in the Heat’s backyard of Fort Lauderdale, another 50-54 group of players stepped onto the court, giving the team a second edition.

Now in their ninth year of existence, the newly-assembled 50-54 version of the Heat, has come together through friends of friends and others met along the way, according to Roni Lakatos, one of the original members of the Heat.

Stops along the eight-year journey have taken the Heat to the National Senior Games in Cleveland in 2013, Minneapolis in 2015, Birmingham in 2017 and Albuquerque in 2019.  It was at the 2019 Games where the realization of needing teams in two age groups hit them.

“Everyone wanted to play with everyone in the 50-54 age group,” said Lakatos. “So we did and we played pretty well.  Half the team was in the 50s age group and half was in the 55.  We decided after that, when the 2021 Games in are in Florida, we would have two teams.”

Competing against full squads of younger athletes, the combined age Heat team missed the medal stand for the first time since 2013, having won the silver in 2017 and bronze in 2013 and 2015.

Playing nine games in four days, the Heat finished fifth in their 12-team division.  Their two losses came to the eventual gold- and silver-medal winning teams.  The first loss in bracket play, was by one point, to the gold medal winning Sharpshooters, from Michigan.

As a Parks and Recreation Department staff member at a Broward County Park, Lakatos first became aware of the Florida Senior Games when she volunteered to assist at the 2005 Sunshine State Games, an Olympic-style Sports Festival for athletes of all ages, held in Broward County.

Her first Senior Games venture was in Basketball Shooting where she met more athletes with her same passion for the game, including Mattie Lenhardt, an original Heat member, and former collegiate player that attended Oklahoma City University, Oklahoma, and Cameron University.

Now a member of the Heat 50 team, Vicky Miller thought her days on the court were over until she became one of those people.

Growing up in a family with four brothers and five boy cousins, she was a regular in the family pickup games. That experience led her to continue on to Hialeah High School, Miami-Dade Community College and Carson-Newman University.

“Someone I worked with played on the team and said I should check it out and I went to a practice,” said Miller, now a physical education teacher at Lauderhill Paul Turner Elementary School. “I watched and started wondering how I could play and take it easy so I could still come to work the next day. I decided to join and haven’t stopped.”

Miller debuted on the court with the Heat at the 2018 Florida Senior Games and was part of the 2019 National Senior Games team.

“I missed basketball so much,” she said. “It was like I was a kid again. I put in the work and built up my strength and my body has responded well.  My thought is now, “I can do this.”

With three consecutive years of Senior Games competitions in the Greater Fort Lauderdale area, Heat team members have gladly accepted the role of local ambassadors for the Senior Games movement.  They were present at the 2021 National Senior Games announcement and were in the audience at the ribbon-cutting ceremony to open the 2019 Florida Senior Games.

Ambassadors off the court for sure, but once on the court, opponents need to prepare for some Heat.