Fast and Focused Performers Earn 2021 Athletes of the Year Awards 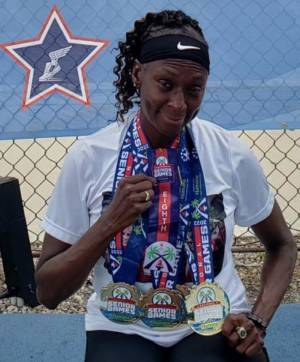 The 2021 Athletes of the Year are fast on the courts and fast on the track as well as being focused on the finish line and focused on scoring points.

She also won a bronze medal in the shot put.  At the 2022 National Senior Games, Collier won gold medal in the 50, 100 and 200 meter races.  She has also competed in the Kentucky and Louisiana Senior Games.

Tobias Kaye stayed focused and won a gold medal in the final of six events in which he participated in at the 2021 Florida Senior Games. He teamed with Cyndi Pletch, of Summerfield, to win the Pickleball Mixed Doubles 70-74 age group gold medal. The duo combined to win all four of their matches in straight sets. Kaye also competed in Men’s Singles and Doubles Pickleball. 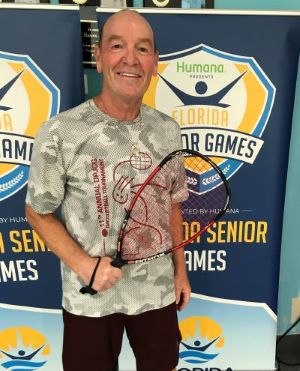 Collier and Kaye become the 55th and 56th Florida Senior Games Athletes of the Year dating back to the 1994 Games. Kaye is the first racquetball player to earn an Athlete of the Year Award.

The 2021 Florida Senior Games Athletes of the Year will be presented their awards during competition in Florida’s Sports Coast/Pasco County.  Kaye is once again registered for racquetball and pickleball and Collier will be back on the track and is adding the high jump to her schedule in 2022.