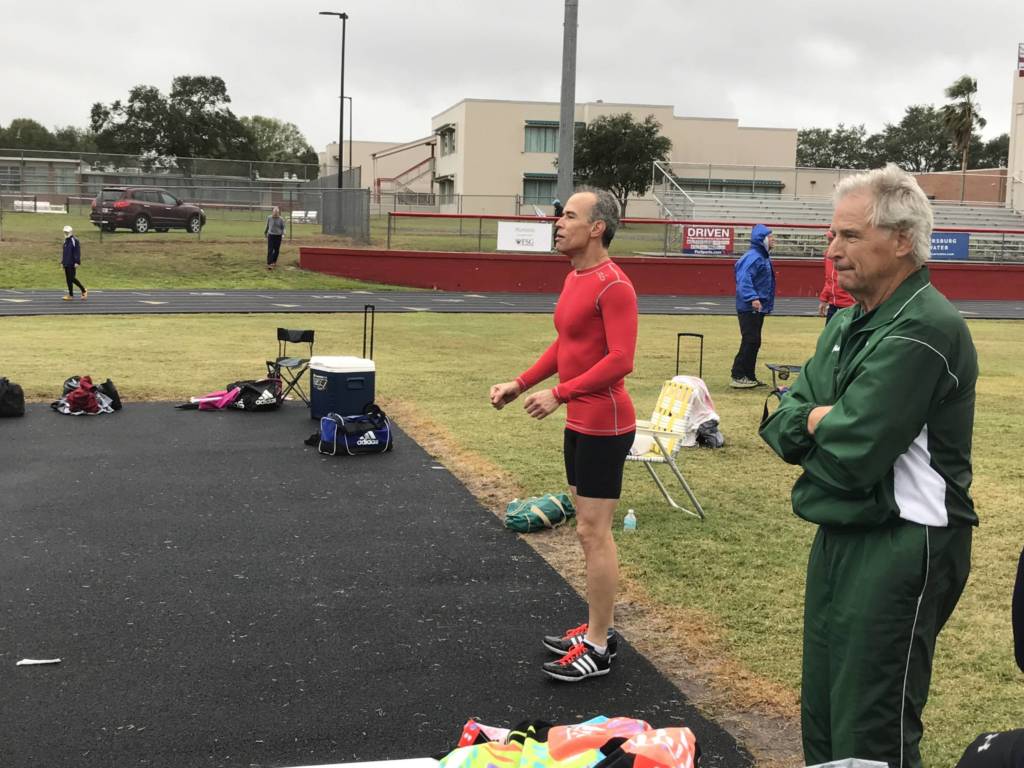 TALLAHASSEE, Fla. – Being one of the oldest Universities in the Americas, the University of San Carlos in Guatemala has a long list of notable alumni.  Dating back to the 1600s, the University has produced Presidents of several Central American countries, actors, poets, journalists, lawyers and a Florida Senior Games presented by Humana track and field standout.

Carlos Urrutia, of Coral Springs, attended his home country’s oldest University and was a track and field athlete, graduating in the 1980s.

Like many Florida Senior Games athletes, Urrutia has returned to one of the passions of his youth and will be competing in the 2019 Florida Senior Games, presented by Humana, for his ninth appearance in the annual Games.  Over that time, he has participated in the 50-, 100-, and 200-yard dash, as well as the high jump and pole vault, winning 10 medals along the way in the very competitive 50-54, 55-59 and 60-64 age groups.

With the Ansin Sports Complex nearby, Urrutia has competed in USA Masters Track and Field events at the 2019 Florida Senior Games venue.

“It’s a very nice facility,” he said. “The complex as a whole offers a lot. There’s a warm up track off to one side for athletes, and it’s in a very good location.”

As a Masters and Senior Games athlete, Urrutia has compete at the Ansin Sports Complex and other tracks around the State of Florida. Growing up in Central American, he brought his talents to venues such as the Estadio Nacional Doroteo Guamuch Flores, the largest multi-use national stadium in Guatemala. The stadium is named after long-distance runner Doroteo “Mateo” Flores, winner of the 1952 Boston Marathon.

After graduating from the University of San Carlos, Urrutia relocated to the U.S. and settled in Northern Virginia.  He moved to the Fort Lauderdale area in the 1990s, where he has lived since and currently works for an insurance company in the area of risk management.

Urrutia’s talents in track and field rubbed off on one of his four daughters, Rebecca, who competed on the track and field team at Nova Southeastern University in Davie. She was also a jumper and pole vaulted.

Besides supporting Rebecca’s collegiate track and field pursuits, Carlos’ wife, Luz, pointed him in the direction of the Florida Senior Games.

“My wife saw an ad in the paper about the Senior Games in Broward County and I became involved,” Carlos said.

He has not regretted his decision.

“It’s a wonderful competition,” Urrutia said of the Florida Senior Games and its programs. “It motivates you to stay active. With the Games coming up in December, I’ve been spending more time in the gym and at the track.  Besides the health benefits, the physical activity is great stress relief.”

With all of the running and jumping Carlos Urrutia has done in his life on the track, it’s a pretty good bet he’s provided himself a lot of relief from stress.

The 2019 Florida Senior Games, presented by Humana, will be held in the Greater Fort Lauderdale area, December 6-15, for athletes age 50 and over.  Registration is currently open for 23 sports with information available at www.floridaseniorgames.com. Registration fees vary by sport and the online registration deadline is November 17.