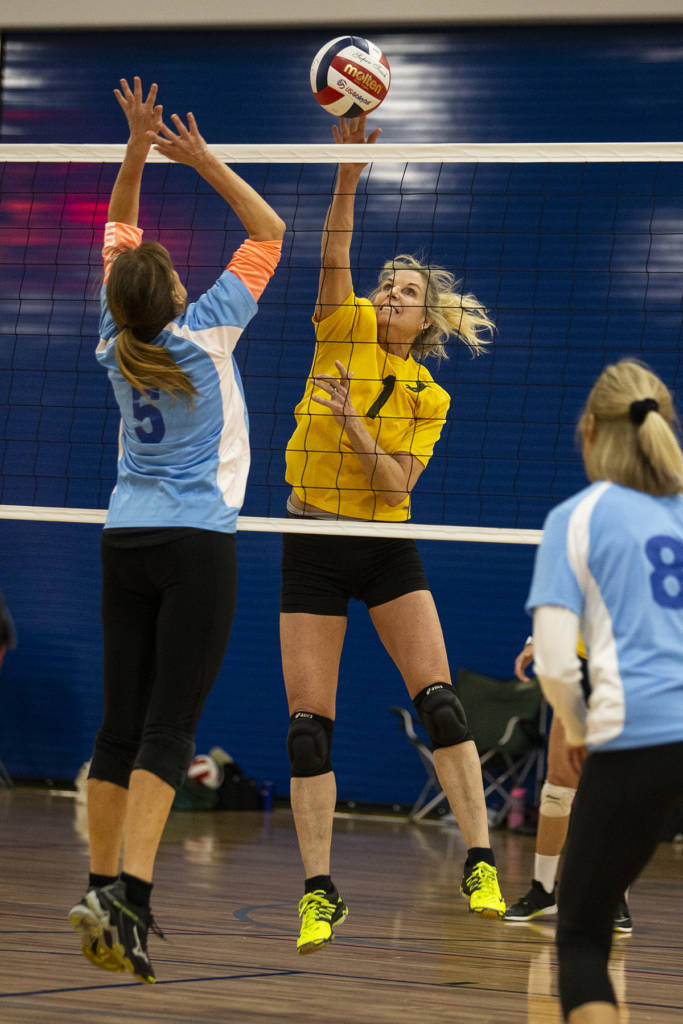 WESLEY CHAPEL – It was a record-setting weekend at the Cocoa Beach Aquatic Center as 26 age group record fell in the 34 men’s and women’s events.

Leading the way was Jerry Marchbanks, of Tequesta, who set five records in the 85-89 age group. His record-breaking performances ranged in times from four seconds to 23 seconds.  Marchbanks adds his name to the Florida Senior Games Record Book in the 100 Yard Butterfly, the 50 and 100 Breaststroke and 100 and 200 Individual Medley.  Prior to this weekend, Marchbanks held one record, the 80-84 age group 400 Individual Medley.

George Schmidt, of Palm Beach Gardens, now swimming in his fifth age group, 70-74, set records in the 50 and 100 yard Backstroke.  Schmidt’s first of many record-setting performances over the years in the Florida Senior Games, came in 2001, in the 50 yard breaststroke.  His time of 30.17, in the event, still stands as a 50-54 age group record.

More records fell at the Easton Newberry Archery Complex, in Newberry, with 11 record-setting performances.  Weston’s Melanie White, shot an 882, in the Compound & Release event, to top her own previous all-time best women’s score in the event, an 877 in 2013.  White holds the Compound & Release age group records in the 50-54, 55-59 and 60-64 age groups.

The 11 record-setting performance included four new marks in the Barebow Recurve event, where athletes shoot with no sights, three in Compound & Release, two in the Compound & Fingers, one in the Barebow Compound and one in the Olympic Recurve.  A total of 92 archers were on the line shooting from distances of 40, 50 and 60 yards at the Easton Newberry Complex.

The Volley Frogs Volleyball team was undefeated in six matches played Sunday between 9:00 a.m. and 4:00 p.m., at the Wiregrass Ranch Sports Campus of Pasco Count to win the Women’s 50-54 age group gold medal.

The Volley Frogs won four matches in pool play and two championship bracket matches, with none of their wins reaching a third game. The team, made up of members from Florida, Colorado, Michigan and Kansas included Vicki Everis, Julie Decker, Teri Male, Sue Koral, Valerie Schulte and Cheese Rusaw. Several members of the Volley Frogs were on the silver-medal winning 60+ team at the 2019 National Senior Games.

Daniel will return to action next weekend running in six track events on Saturday at the Holy Trinity Episcopal Academy and the 5K Road Race at Ryckman Park, both in Melbourne.  She also competed in the same events at the 2019 Games and totaled five gold medals, two silvers and a bronze.  She won a 5K Road Race gold medal in the 75-79 age group with a time of 27:22.

The top score of the day, at the River Lanes Family Entertainment Center in Titusville, was rolled by Tom Fargis, of The Villages, a 758, to win the 65-69 age group.  He also won gold medals on Saturday in Men’s Doubles with Dennis Farris and a Mixed Doubles gold with Lynn Barta. With scores of 690 in Men’s Doubles and 686 in Mixed Double, Fargis sent a total of 2,134 pins to the floor in nine games over two days.

Jennifer Peacock, of Port Charlotte, bowling in her first Florida Senior Games, won her third gold medal of the weekend, with the highest women’s score, a 673, for the Women’s Singles 50-54 age group gold. She had the top three gamer score of all bowlers, a 727 on Saturday, in the Women’s Doubles event.

For complete results and more information about the Florida Senior Games, visit www.floridaseniorgames.com.