Volunteerism leads to Participation for Nina Hammer, FSG 2013 Athlete of the Year 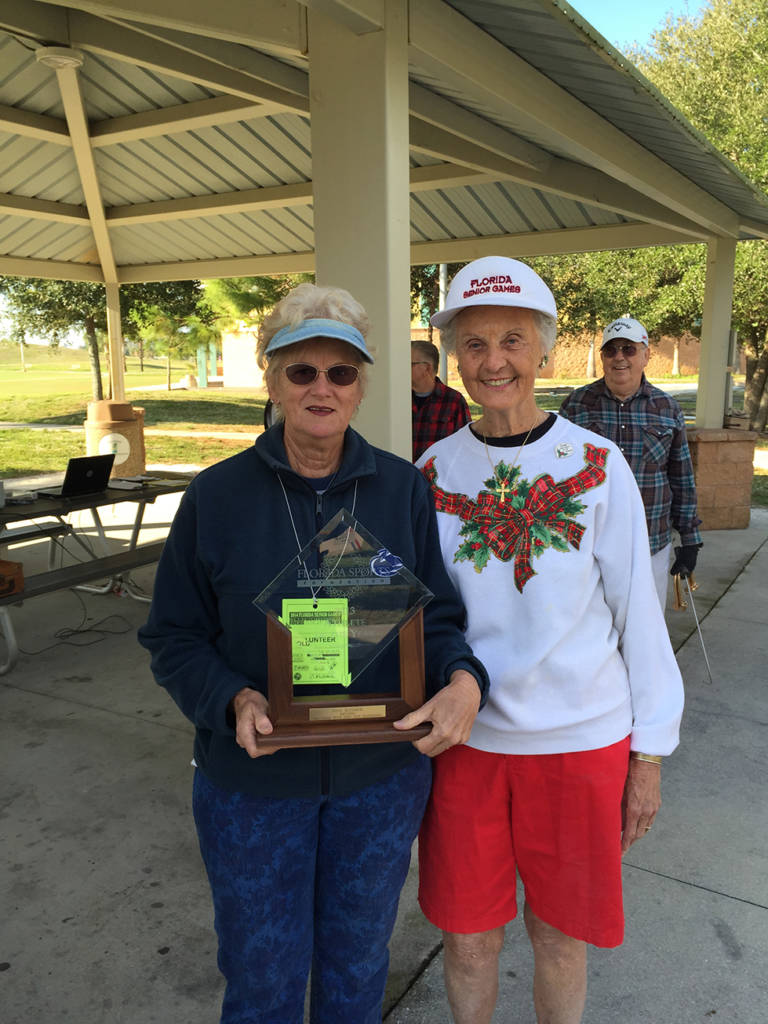 It even works in the Florida Senior Games. In 2013, a Bonita Springs volunteer and Horseshoes pitcher ended up with a gold medal and the Athlete of the Year Award for her combination of efforts.

As the Florida Senior Games gave a shout out to its “Volunteer Nation,” to recognize National Volunteer Day, on Monday, September 21, here’s another shout out to a special friend during the Games’ run in Southwest Florida.

At the 2013 Games in Lee County and the City of Cape Coral, Nina Hammer spent the week winning medals and volunteering her time to assist nearly 2,000 athletes in competition.  She also volunteered at the Lee County Senior Games.

Hammer won a Horseshoes gold medal in the 55-59 age group, but it is her overall dedication to the Senior Games in Lee County that earned her nomination and subsequent award.

“For me, horseshoes was a family game growing up, but I had never played competitively until moving to Florida,” Hammer said in an Op-Ed article that appeared prior to the 2014 Games in Lee County. “When my husband and I were looking for somewhere to live in Southwest Florida, we found a place where two ladies were playing a game of horseshoes.  After stopping and talking with them, we fell in love with the area and ended up moving into that neighborhood. We have played in local tournaments and events ever since, and especially enjoy the Senior Games.”

She and her and husband, Fred, volunteered at the Games from 2006-10 and again in 2013-14.  They assisted with stuffing goodie bags as well as volunteered at Swimming, Horseshoes, Tennis and Pickleball.

“My friends can attest that I may be guilty of not-so-subtly “recruiting” others to participate in the Senior Games,” Hammer admitted.  “It’s just because I truly find value in these activities. I encourage everyone, regardless of actual athletic ability, to sign up to participate in the Games.”

She returned to the 2014 Games in Lee County to win another horseshoes gold medal.

“People often think of sports as being for the young, but I beg to differ,” Hammer said. “Just because I may have received my AARP card doesn’t mean I’m any less active than I was in my youth. A bit less limber, perhaps, but no less enthusiastic.”

In honor of National Volunteer Day, consider giving the Florida Senior Games a look as a volunteer.  The interaction volunteers will find with the athletes age 50 and over will definitely be an inspirational moment that may lead to checking out the roster of sports offered.